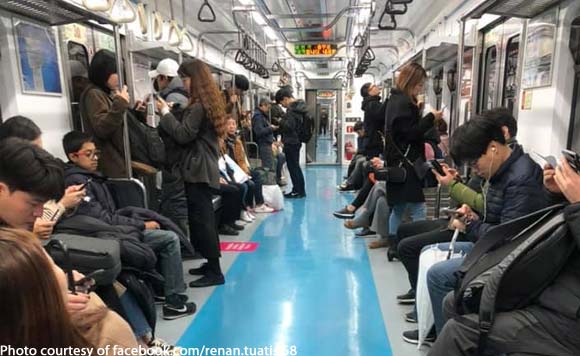 GMA, Cavite Councilor Renan Tuatis took a trip to Seoul recently, and he could not help but marvel at its efficient train system.

In a Facebook post, Tuatis shared photos of the trains and said he hoped the Philippines had a similar transport system.

If this were the case, no commuter would suffer and the economy would be performing better, he said.

Had the government focused on urban planning and transportation in the 1980s and 1990s and built railroads, subways and alternative roads, traffic would be much better.