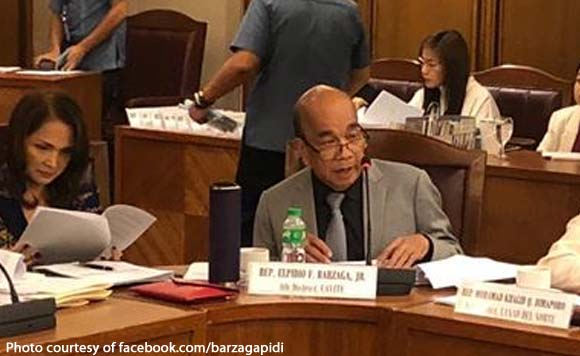 Cavite Rep. Elpidio Barzaga, Jr. on Friday said that in comparison with the records of all the previous presidents regarding their accomplishment in solving the drug problem in the country, the performance of President Rodrigo Duterte “is much more successful.”

“President Duterte is the first chief executive to expose a list of narco-politicians ranging from congressmen to mayors; and even naming some members of the judiciary, as well as the so-called ninja generals and cops,” he said.

“It is a bold and brave move of the President to make such public declaration considering that drug problem is a complicated social problem involving powerful syndicates,” said Barzaga.

He noted that during the third quarter of 2019, the President maintained a “very good” satisfaction rating based on the latest survey of the Social Weather Stations (SWS).

“This rating is exceptional considering that performance ratings of former presidents typically decline after the first half of their term. The good rating of the President largely reflects the accomplishment of his war on drugs which is the centerpiece of his administration,” Barzaga said.

Barzaga likened the performance of the President to a “litmus test” to which all public elected officials are subjected.

“Therefore, with the acceptability of the general public, being an indicative barometer, President Duterte has indeed passed with flying colors his war on drugs,” he said.