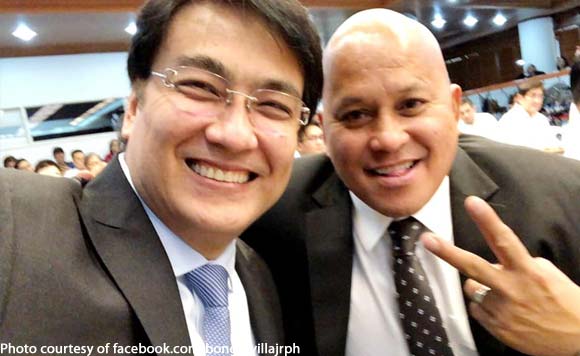 Revilla gave a hint in a Facebook post, where he shared a photo of himself smiling widely and getting chummy with Dela Rosa, a former Philippine National Police chief.

He said it was Panday and Bato, referring to his former movie character and Dela Rosa’s nickname. The photo was taken during the deliberations for the proposed 2020 budget.

Revilla said he and Dela Rosa were working on something together that he would reveal soon.

He did not say, though, if it would be showbiz related or legislature-related.

Would it be horror, comedy, action, suspense, or drama?

With my friend Senator Bato tackling the General Appropriations Bill for 2020.

We are working on something together…coming soon! 👍😀😀👍,” Revilla posted.