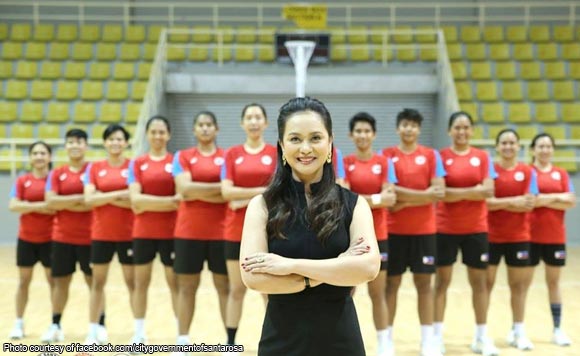 Santa Rosa, Laguna Mayor Arlene Arcillas showed her support for the national netball team ahead of the 30th Southeast Asian (SEA) Games by visiting them at practice recently.

Arcillas watched as the netball team showed their moves on the court. She also had a brief chat with the players and their coach to find out about their preparations for the upcoming athletic meet.

As a souvenir of her visit, the mayor posed with the players, with her arms folded as if to say, “Game face on.”

The 30th SEA Games will be held in the country from November 30 to December 11. The netball events will be held at the Santa Rosa Sports Complex.