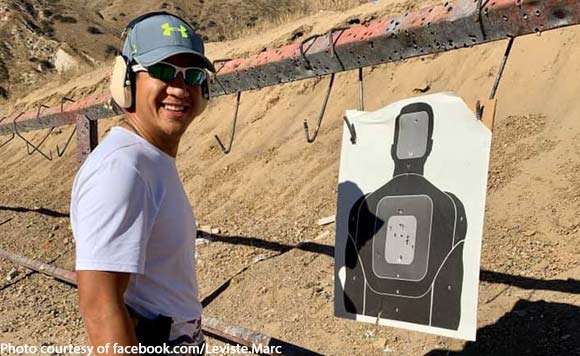 Batangas Vice Gov. Mark Leviste is taking his hats off to Vice President Leni Robredo for taking on the President’s dare to take a leading role in the fight against illegal drugs.

But with this new role comes new dangers on the ground, especially during anti-drug operations, Leviste said in a Facebook post.

This would require special skills, said Leviste, adding that Robredo would need training for this.

While he was sure the police could help Robredo on this aspect, he also suggested that she look into the International Tactical Training Seminars in Los Angeles.

He was also willing to join the Vice President in her training, because he wants to see her succeed, he added.

Will he help her as well?

“Mahal Kong Bise Leni: Snappy salute to you Madame, for accepting the responsibility of helping out in the fight against illegal drugs. Joining our operatives is one way (among others) to affirm the accountability and transparency of Her Excellency’s objectives, but being on the ground with the team requires more than brains and brawn, guts and grace – EXPERIENCE MATTERS. I am sure PDEA, the Philippine National Police and the Armed Forces of the Philippines can provide your good office with ample and sufficient training OR the Veep may also enroll with the International Tactical Training Seminars (ITTS) in Los Angeles, CA. 😀👍 They also offer an All Women’s Handgun Course, Civilian Shooter Critical Response, Problem Solving Tactics and a short-term Master’s Class. Sasamahan pa po namin kayo, dahil hangad namin ang inyong tagumpay. 👊😉 We, as a nation, want the program to succeed. We, the people, want Her Excellency to be victorious. 🇵🇭 #LabanLeni #BabaengMayBayag #FirearmsTraining #HighendOfShooting,” Leviste posted.