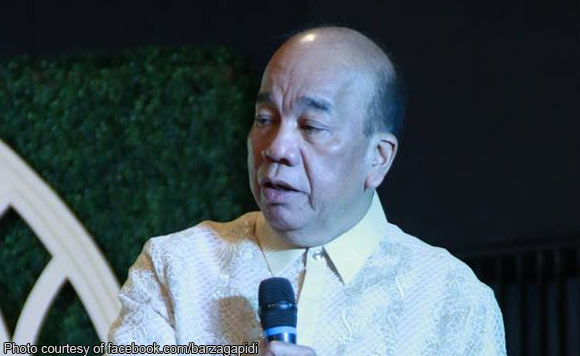 Cavite Rep. Elpidio Barzaga Jr. has asked the House committee on youth and sports development to look into the state of national athletes and find out if they are receiving the necessary support from the government.

Barzaga expressed sadness over what he called the “sorry plight” of Filipino athletes in House Resolution 505.

“Despite the apparent financial support, our national athletes still plea that it is not enough or sadly, becomes lost in the midst of powerplay,” he said.

So, however, represented the United States in the tournament instead of the Philippines even if he was born in Bacoor, Cavite.

The chess prodigy told the sports website Spin.ph through his adoptive mother, Lotis Key, that he decided to switch allegiance to the US chess federation because “it was almost impossible to get ahead in the Philippines.”

While Barzaga noted that So received support from Philippine sports agencies when he was still playing for the country, he said there was “no question” that So felt disenchanted about the politics surrounding the support for Filipino athletes.

“Yet there was no question about the disenchantment over the system that So bottled up inside for so long until it reached breaking point after one incident where, in his own words, he got caught in the middle of a feud among the kings of the sports bodies,” the resolution said.

This happened back in 2013 after So’s gold medal from the World Universiade Games in Kazan, Russian had some quarters raising the possibility of a seven-figure incentive from the government. In the end, however, he got none.

In denying So a P1 million bonanza, the PSC explained the Universiade wasn’t among the international events where gold medalists are guaranteed monetary incentives from the government under the old RA No.9644, otherwise known as the Athletes’ Incentives Act.

The resolution said it also didn’t help that So’s cause never received backing from the Philippine Olympic Committee which, in the first place, refused to sanction the Universiade trip since the delegation was sent by a group whose members had previously clashed with the POC over the long-drawn basketball leadership row.

“Amid the power play, So was left holding an empty bag,” the resolution said, quoting So as saying that, “To be poor and unconnected in the Philippines is to be trash for rich people to step on.”

“Because of a quarrel between the kings of the sports bodies, not only did the country refuse to acknowledge my efforts, they refused to give me the P1 million promised to athletes who bring home a gold medal,” So said.