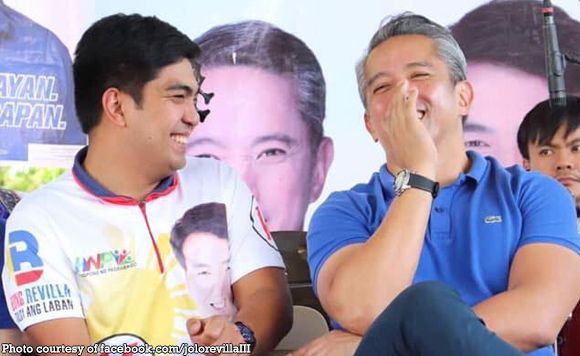 Cavite Governor Jonvic Remulla and Vice Governor Jolo Revilla are allies not just in politics, but friends for life.

The strength of the two politikos’ relationship became apparent after Revilla asked Remulla to be a principal sponsor at his wedding to model Angelica Alita in December.

Revilla called Remulla his “soon to be ninong” in a birthday greeting posted on Facebook on October 23.

“To our soon to be Ninong, sa Ama ng aming mahal na lalawigan, maligayang kaarawan sayo! Wishing you good health and more birthdays to come! Cheers to more fruitful and productive years serving our fellow Caviteños with you!” he said.

Revilla’s wedding is expected to be filled with politikos and showbiz personalities since he and his parents straddle both worlds.