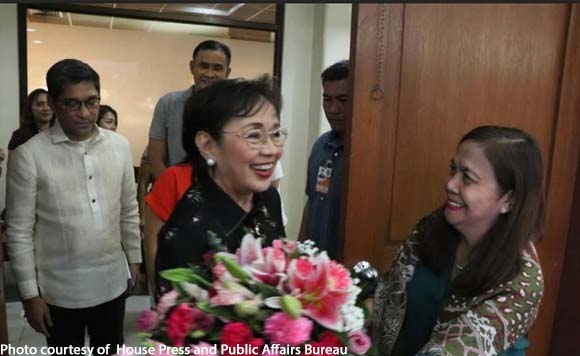 Employees of the House of Representantives were in for a treat on October 17 as Batangas Rep. Vilma Santos Recto attended a special screening of her award-winning film, “Anak.”

Applause and cheers greeted Santos Recto as she entered the venue for the film showing.

In her speech, the Star for All Seasons said she chose “Anak” to be shown at the House because of its relevance and accurate depiction of the hardships and challenges faced by OFWs in providing for their families.

She said public servants are also heroes because of the sacrifices they do to earn for their families.