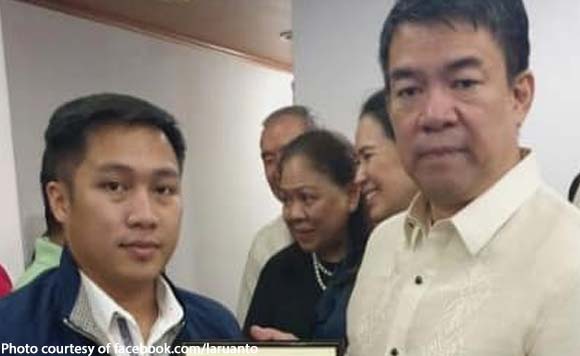 Infanta Vice Mayor LA Ruanto made sure that his town got to honor the late former Senate Pres. Nene Pimentel before he was laid to rest.

Ruanto personally authored the resolution to honor Pimentel, who he described as the hero of local autonomy and local government empowerment.

The Vice Mayor also attended the Senate’s necrological service for its former leader.

He made sure to say a proper goodbye!

Paying tribute and our last respect to the hero of local autonomy and local government empowerment. Sen. Bam Aquino said Sen. Nene could have been one of the best Presidents we never had. Former Sen. Rene Saguisag, Sen. Joey Lina, Sen. Heherson Alvarez and Sen. Coseteng gave beautiful eulogies honoring their former colleague in the Senate Ka Nene

The Sangguniang Bayan of Infanta enacted a resolution I personally authored expressing our profound sympathy and sincere condolences on the death of the father of Local Government Code, Cooperative Code and other important laws of our country Sen. Aquilino “Nene” Pimentel Jr.,” Ruanto posted.