Cavite Board Member Kerby Salazar has no doubt about his VP 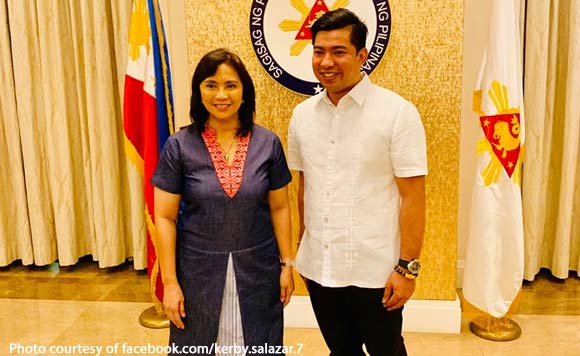 Cavite Board Member Kerby Salazar has firmly chosen a camp in the ongoing electoral protest over the position of Vice President.

In a Facebook post, Salazar came out firmly for Vice President Leni Robredo, whose position is being challenged by second placer Bongbong Marcos.

Salazar called on people to defend and fight for the truth, which is that Robredo is the rightful Vice President of the country.

He posted his message on the even of the meeting of the Presidential Electoral Tribunal, which still has to resolve Marcos’ protest.

In the meantime, he will be among those who will remain vigilant!

Politiko would love to hear your views on this...
Tags: Board Member Kerby Salazar, Cavite, ongoing electoral protest