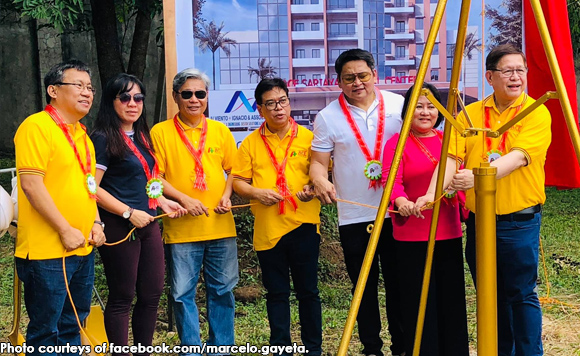 Sariaya Mayor Marcelo Gayeta had to be confined in a hospital recently for an operation for kidney stones, but he left his sick bed soon after to report for work.

Instead of resting, Gayeta said he chose to attend the ground breaking for the Ace Medical Center, a P1 billion project that would have complete medical equipment for all of the town’s needs.

In a Facebook post, Gayeta shared his excitement about the project, because it would mean that residents of Sariaya won’t have to travel far to get the treatments they need.

He thanked the people behind the project and assured them of his support.