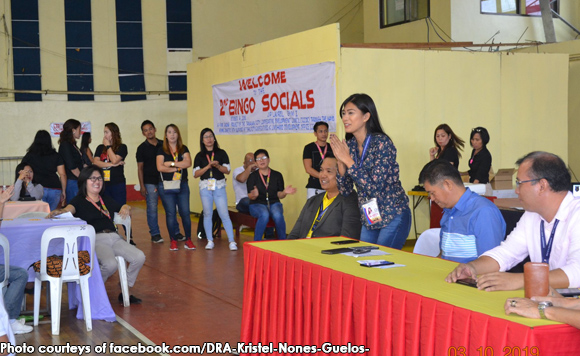 Tanauan, Batangas Councilor Kristel Guelos took time off from her duties at the city hall to be with her fellow Batanguenos at a fundraising activity.

Guelos attended the so called “Bingo Socials” organized by the Tanauan City Cooperative Council on October 4.

The event was held to raise funds for the various cooperatives in Tanauan.

Guelos shared on Facebook photos of her mingling with the cooperative members who attended the fundraiser, as well as local officials.

It would be interesting to know if she also played bingo at the event— and won!