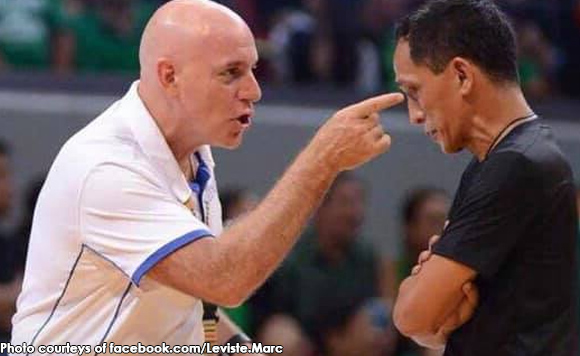 Looks like it’s not just the UP Fighting Maroons who have some beef with a UAAP referee.

According to Leviste, Sambrano breaks DLSU’s momentum during the game and makes game-changing calls in favor of Ateneo.

It is something he had been doing for years, Leviste alleged.

Among these calls were ones made when DLSU was leading by 8 points, which allowed Ateneo to catch up, he further said.

He accused Sambrano of destroying the game.

If he had his way, this Sambrano would not be seen in DLSU matches.

Will he get his wish?

“REFEREE NESTOR SAMBRANO Must Not Be Allowed to Call Our Game Against Ateneo on October 13!

Everytime he is there, he makes sure to break our Momentum time and again.

He makes those Game Changing Crucial Calls Always in Favor of Ateneo.

He has been doing this for years!

In Game One Against Ateneo, he made those dubious Calls in Succession in the 2nd Quarter, at the time we were leading by 8, if I remember correctly.

And Not Calling Fouls on us by the Eagles.

With about 6 minutes more to go, we were already in Penalty.

Giving Ateneo the chance to catch up.

This Referee Destroys the Game, Always!

He is the Same Referee CAAyo was giving Glasses to years ago.

This was after that Flagrant Foul on MBala was not called (see photo).

There have been so many instances.