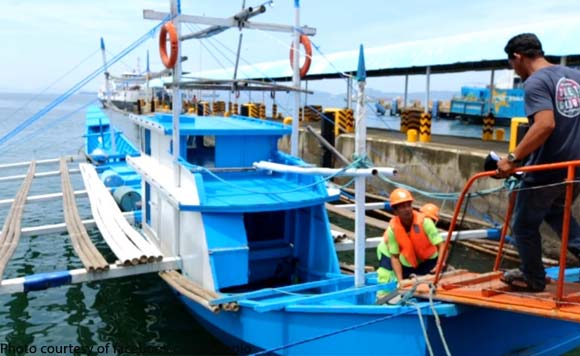 The 22 fishermen who were left adrift near Recto Bank in the West Philippine Sea last June after their vessel was sunk by a Chinese boat can now return to fishing.

Joining Tulfo and Cusi at the ceremony held at the Batangas International Port was Batangas Governor Dodo Mandanas.

The brand new boat was donated by Jucheng Capital Group from Shangai, China.

It was received by Junel Insigne, the captain of F/B Gem Ver 1 which capsized in the West Philippine Sea.