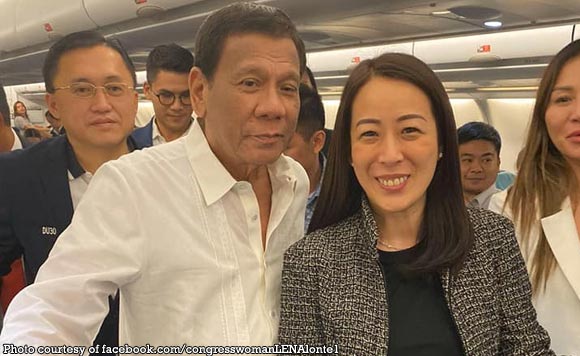 The pretty Deputy Speaker from Biñan showed she’s proudly a DDS or die-hard Duterte supporter as she joined President Rodrigo Duterte in his trip to Russia.

A photo posted by Alonte on her Facebook page showed the lawmaker grinning from ear to ear as she posed beside the President inside the plane en route to Moscow.

According to the caption, Alonte “was invited by Malacanang to be part of a handful members of Congress who will be part of President Duterte’s official delegation to Russia.”