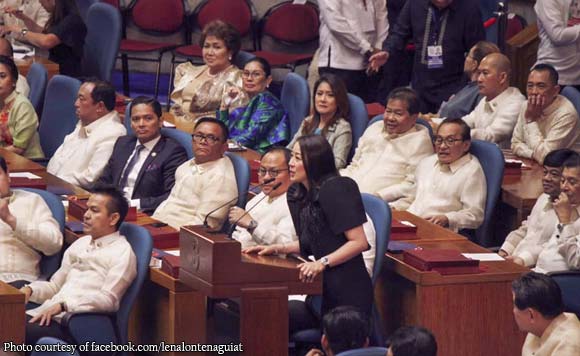 Laguna Rep. Len Alonte has filed a bill expanding the coverage of the Special Education Fund of local government units (LGUs) to augment the Department of Education’s (DepEd) funds for public schools.

House Bill 4810 seeks to expand the SEF’s scope to include libraries, payment of salaries, allowances and other benefits of teaching and non-teaching personnel, competency trainings for teaching personnel, operation of alternative learning system (ALS).

The SEF can also be spent on all other expenditures relative to the promotion of accessible public education as determined and approved by the Local School Board.

SEF is the additional 1 percent tax imposed by LGUs on the assessed value and levy of real properties automatically released to the local school boards. The amount of SEF in highly urbanized cities could reach billions of pesos.

Alonte said the idea for the bill came from the restrictions imposed by the Local Government Code on SEF’s use.

Under the Local Government Code, the SEF can only be spent on the operation and maintenance of public schools, construction and repair of school building, facilities and equipment, educational research, purchase of books and periodicals, and sports development.

“As a result, the SEF is being underutilized in areas where the public education system could have been aided. So essentially what we want to happen is to make the entire SEF of all LGUs made available to all education projects worthy of funding. We want all LGUs to invest heavily in education, in the future of all our citizens,” Alonte said.