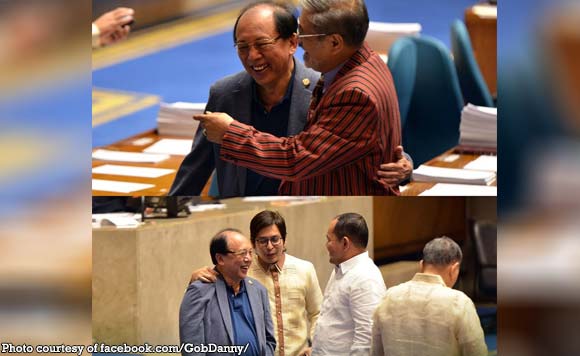 Quezon Governor Danny Suarez got the chance to catch up with his old friends when he visited the House of Representatives Wednesday.

In a Facebook post, Suarez said it was a joy for him to visit the House, where he served for nine years.

Suarez said he was also proud to see his son, Quezon Rep. Jay Jay Suarez, in action on the floor as Deputy Majority Leader during his visit.

Politiko would love to hear your views on this...
Tags: Dan Fernandez, House of Representatives, Quezon Governor Danny Suarez