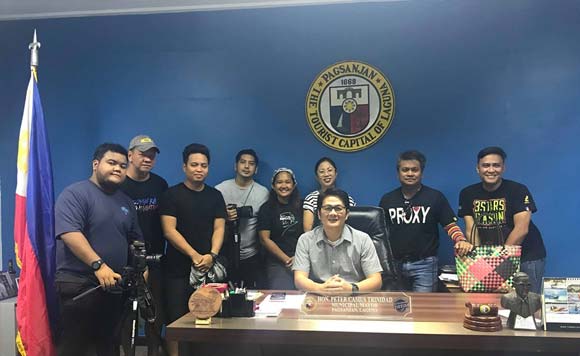 Pagsanjan Mayor Peter Trinidad is stepping up his game to promote his town as a tourist destination.

Trinidad met recently met with the Pixel Art Media group which would produce the promotional video that would showcase the town’s sights.

He said on Facebook that he wants more people to see the different wonders that Pagsanjan has to offer.

With a well-produced video, we’re sure people would be enticed to come to his hometown!