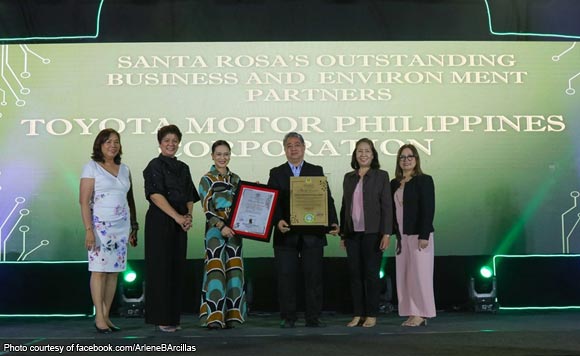 Santa Rosa, Laguna Mayor Arlene Arcillas showed her appreciation for businessmen who have chosen to invest in the city by holding the first-ever Appreciation Night for the City’s Partners in Progress on August 9.

The event, which coincided with Santa Rosa’s 15th Cityhood Anniversary, was an opportunity for Arcillas to thank businessmen who have been instrumental to the city’s growth.

In her speech, Arcillas said she expects the continued partnership of businessmen and the local government.