Out with the boys: Jolo Revilla bonds with Baste, 2 others in Davao 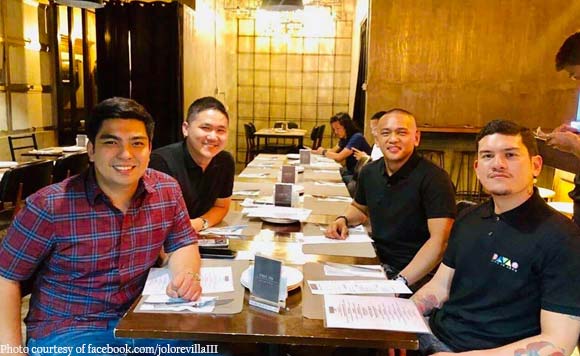 Cavite Vice Governor Jolo Revilla has taken time off from his busy schedule to unwind with some fellow young politikos recently.

The vice governor said they had “a good time talking about life and politics.”

For sure, their conversation stretched late into the night because there was just so much to discuss.

Are there already plans to repeat the dinner?