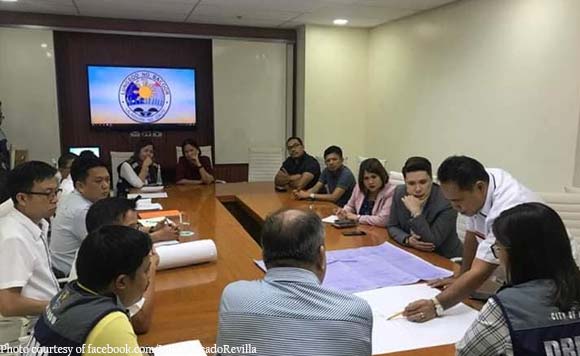 Bacoor, Cavite Mayor Lani Mercado met recently with local officials of the Department of Public Works and Highways to find solutions to the flooding problem which has affected the city.

Mercado said she was alarmed at the flooding which occurred last week at the Aguinaldo and Tirona Highways just after a few hours of downpour.

The mayor said she asked DPWH officials to fast-track the infrastructure projects in the city, particularly the road works in front of SM City Bacoor, to ensure the steady flow of water to the river from Panapaan.

Mercado also followed up on the river widening and revetment project to increase the river’s capacity to hold water when it rains.

She likewise asked for updates regarding the construction of a flyover along SM Molino, which will help ease the traffic in the area.