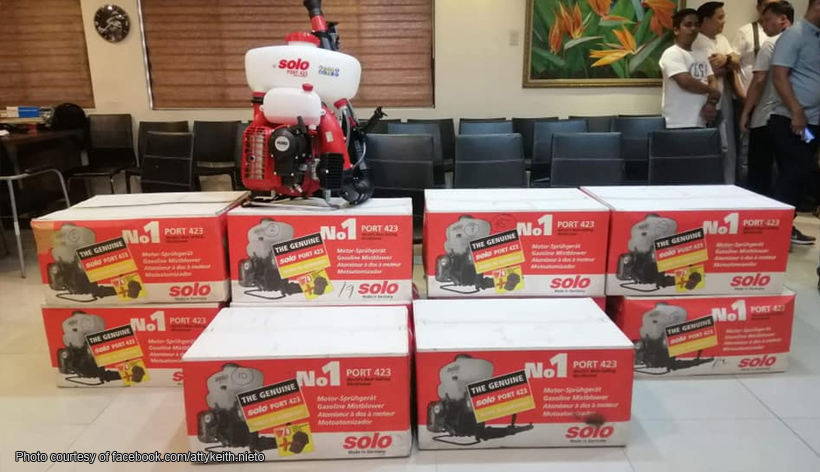 Cainta, Rizal mayor Kit Nieto is taking a proactive stance in fighting dengue amid a nationwide outbreak declared by the Department of Health.

Nieto recently purchased misting machines for 10 of Cainta’s largest public schools so they can conduct their own fumigation operations.

He said the government will shoulder the cost of the liquid solution for fumigation.