Time to up the game! Len Alonte to give bills on sports dev’t a boost 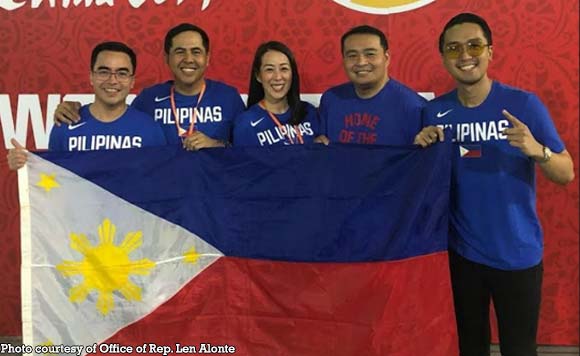 Laguna Rep. Len Alonte has vowed to push for the passage of bills promoting sports development at the heels of Gilas Pilipinas’ unsuccessful bid at the 2019 Fiba World Cup in China.

Alonte said there are discussions on whether a dedicated Department of Sports should be established or the Philippine Sports Commission should instead be strengthened.

She noted that President Duterte stressed the need for national sports academy during his State of the Nation Address last July 22.

“The other sports bills, those about the different welfare concerns of athletes, coaches, and training staff can be consolidated into one bill because that may be easier to move through plenary than a bunch of different bills moving at different paces,” Alonte said.

The lawmaker said the time may also be ripe for the establishment of a national sports academy considering there are arts and science high schools run by the government.

From: Office of Rep. Len Alonte