Ala eh! Manny Pacquiao now an ‘adopted son’ of Batangas 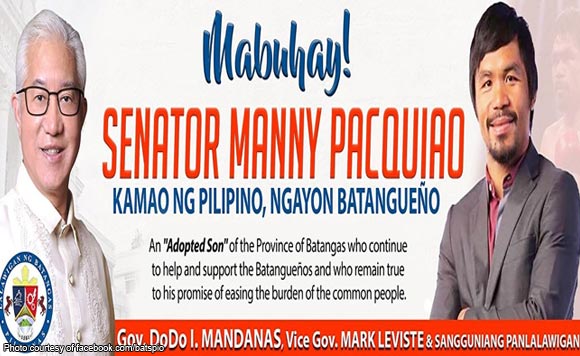 Senator Manny Pacquiao can now consider Batangas as a hometown even if he grew up in General Santos City in Mindanao.

The provincial government on Monday announced that Pacquiao is an “adopted son” of Batangas.

Pacquiao was praised for continuing to help and support residents of Batangas.

He was also lauded for remaining “true to his promise of easing the burden of the common people.”

The photo didn’t contain any other detail on when the provincial government decided on making Pacquiao an “adopted son” of Batangas.