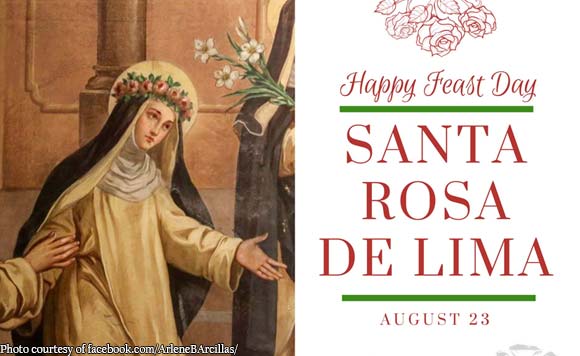 As Santa Rosa City celebrated its feast day, Mayor Arlene Arcillas had a special request to her constituents.

In a Facebook post, Arcillas asked them to remember to pray to the city’s patron, Santa Rosa de Lima.

She said people should pray for continued unity, prosperity, and peace for the city. They should also ask that the city and its people would achieve their dreams together, she added.

Never underestimate the power of prayers!