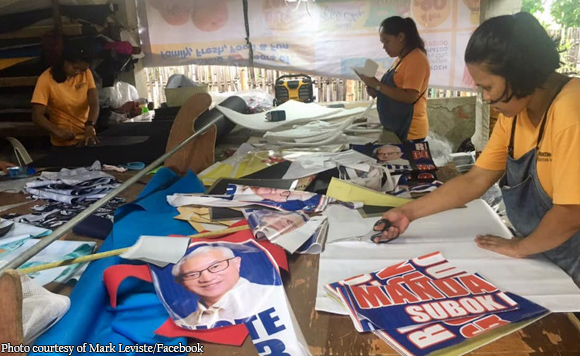 Batangas Vice Governor Mark Leviste has his daughter, Arielle, to thank for finding an organization that makes bags out of tarpaulins used in the May 2019 elections.

In a Facebook page, Leviste said he searched “far and wide” for a group that could make bags from recycled materials.

“I even called up the Quezon City-based organization that accepted used campaign tarps, and was featured on TV Patrol right after the election,” he said.

Unknown to Leviste, Arielle visited a foundation in Balayan, Batangas on August 1 that makes bags and exports them abroad, particularly to Europe.

The vice governor was happy that his own daughter helped him with a project he has been eyeing.

“Kudos to you my princess! 👸🏻 You make dad, the family and our kababayans very, very, very proud!” Leviste said.