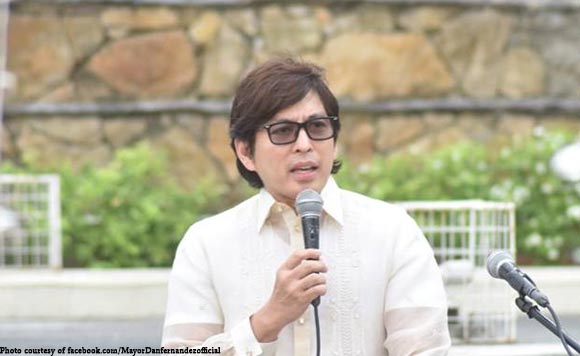 Laguna Rep. Dan Fernandez showed off his playful side when he visited the office of Senator Joel Villanueva after the Senate hearing on the provincial bus ban on Tuesday.

In a Facebook live video, Fernandez was seen sitting in Villanueva’s seat at his office. He joked that the senator should give him a massage.

In response, Villanueva gamely rubbed Fernandez’s shoulders and said he could also bring the lawmaker coffee.

Turning serious, the two politikos said it was important for Congress to find a solution to Metro Manila’s transport problem without causing inconvenience to commuters from the provinces.

Politiko would love to hear your views on this...
Spread the Love
Tags: Laguna Rep. Dan Fernandez, playful side, Senator Joel Villanueva