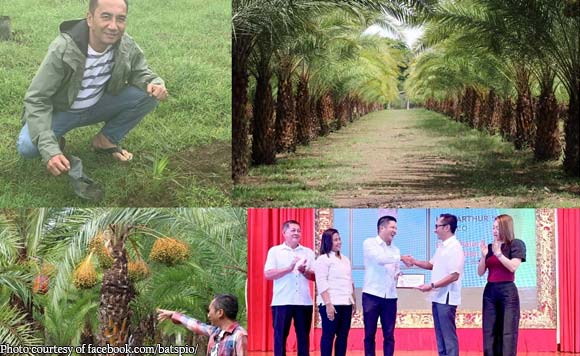 The provincial government of Batangas has recognized 5th district Board Member Bart Blanco as an advocate for agriculture because of his passion for growing the fruit dates.

In his speech, Blanco said he became interested in growing dates when he saw them being sold overseas.

From having only a few date palm trees in 2008, Blanco’s eight-hectare farm in Batangas has now over 11,000 trees.

He urged the provincial government to extend assistance to farmers so they will be encouraged to grow food.