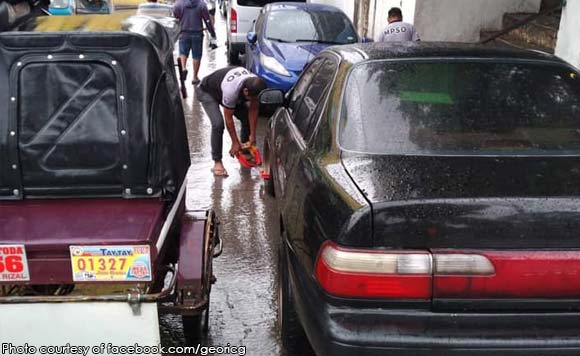 Not even bearing a red government license plate will spare a vehicle from being fined or towed if it’s not in the proper place, according to Taytay Mayor Joric Gacula.

Those with red plate vehicles actually have a bigger responsibility, since as government workers, they should be the first to abide by the rules, he said.

Besides, it was the President who ordered that all roads must be cleared by the local officials.

Who would dare defy him?