Cavite Vice Gov. Jolo Revilla has the best bday wishes for soon to be wife 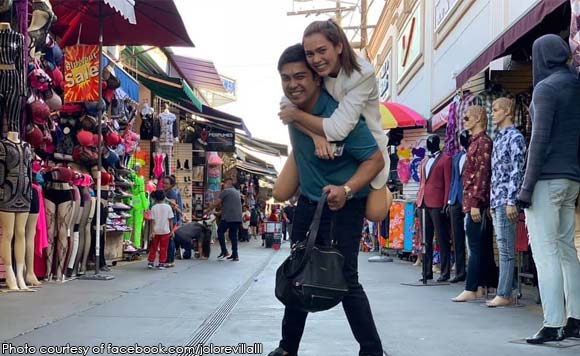 Cavite Vice Gov. Jolo Revilla gushed about his lady love Angelic Alita on Facebook as he greeted her for her birthday.

In his post, accompanied by a photo of him giving her a piggyback ride, Revilla said Angelica serve as his inspiration and is the only one who makes his heart beat.

All he wants is her happiness, good health, and peace of mind so that their relationship ill remain strong.

She is the only one for him, he added.

He also called her his soon to be wife.

Do we hear wedding bells soon?