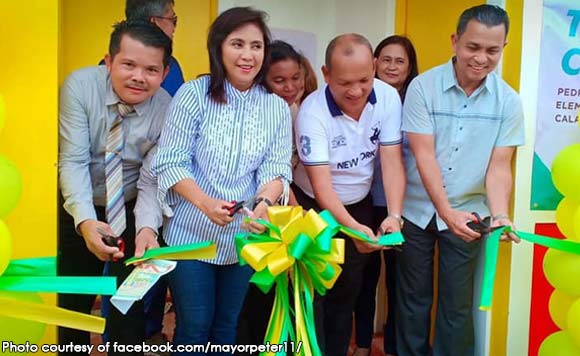 This is because Robredo was responsible for helping build a new classroom building at the Pedro Palacio Elementary School.

In a Facebook post, Calatagan Mayor Peter Oliver Palacio thanked Robredo for her funding assistance for the project.

Palacio also expressed his appreciation for her visit to Calatagan.

This Bicolana has been a big help to the Laguna town!

“Another classroom building was constructed at the Pedro Palacio ES, Barangay Sta. Ana. This is thru the funding assistance of Vice President Leni Robredo. Thank you very much for the project and for visiting Calatagan. 😊,” Palacio posted.

Taytay Mayor Joric Gacula said on Facebook that he was called to a meeting at the Rizal Provinicial Capitol presided over by Gov. Nini Alcantara-Ynares.

The meeting was on the implementation of Oplan Tanggal Sagabal, to be implemented with police and public works officials.

The goal is to implement the presidential directive promptly.

With orders coming from the top, who can refuse?