Carmona Mayor Roy Loyola is a friend of China 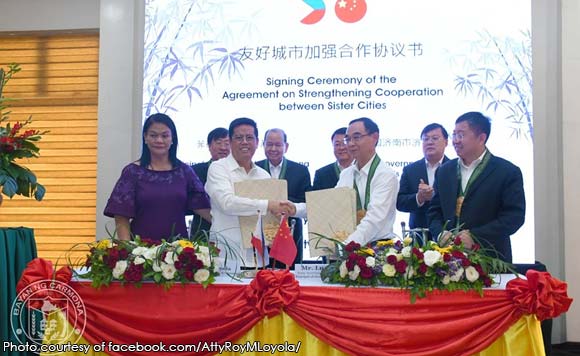 Carmona Mayor Roy Loyola has no problem with China.

In fact, Loyola has forged closer ties with it as he signed an agreement to strengthen cooperation with Carmona’s sister city Jiyang Country in China.

Loyola, in a Facebook post, said it was an honor to forge closer ties with Jiyang. Their cooperation in September 2017, followed by a visit of a delegation from Jiyang in 2018.

And with the signing of the agreement, they are closer than ever.