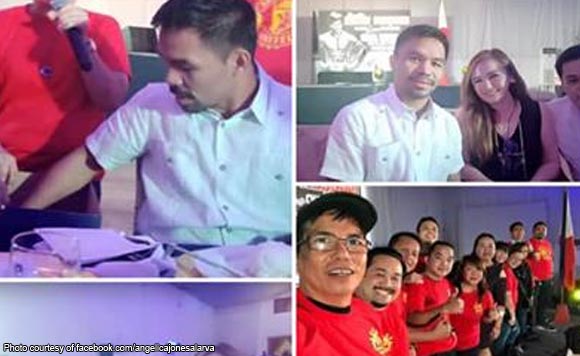 Pacquiao is not shy about sharing his riches, and gives gifts after every fight, Alarva said in a Facebook post.

She said it was only last year when Pacquiao distributed prizes after an international fight.

And this year he is doing the same.

He gives punches in the ring, but he gives gifts outside of it!