From Showtime to SONA! Batangas Vice Gov. Mark Leviste had a busy Monday 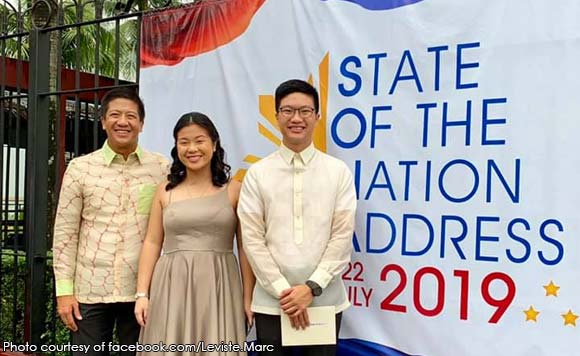 Early on Monday, Leviste was at Showtime to join its KapareWHO segment, which is similar to a dating game.

In the afternoon, he attended the President’s state of the nation address at Batasang Pambansa.

It was a special SONA because his children joined him for the event, and he was glad they got to join a grand soiree and to witness a historic moment in Philippine affairs

“From #KapareWHO to Kongreso ?‍?‍? This year was extra special, because for the first time, I witnessed the #SONA with my children. I wanted them to experience not only the Philippines’ grandest annual soirée, but more importantly the President’s address on the state of the nation first hand. ?‍⚖️ #SONA2019 #LevisteForLife #GoodVice,” Leviste posted.