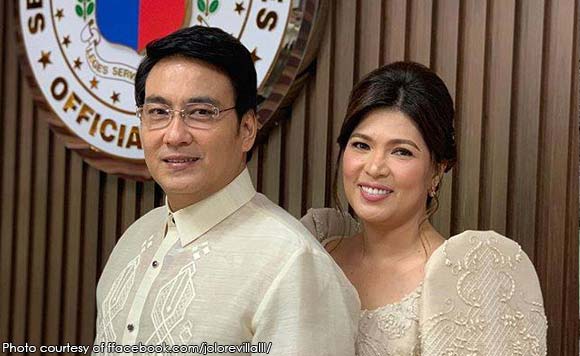 Critics may have their say, but Cavite Vice Gov. Jolo Revilla is one proud son to Sen. Bong Revilla Jr.

Bong took his oath as Senator once more on Monday, and Jolo was on hand to congratulate his dad.

In a Facebook post, Jolo said he knows God has a plan for his father, which is why he is back in public service.

Bong won another term as Senator after being acquitted of plunder charges that stemmed from allegations that he stole his pork barrel funds.

His family will be behind him as he returns to legislation, Jolo assured his dad.

“Congratulations Papa! We are so proud! I believe that God has a plan for you that’s why you’re back in service. We are always here for you. Love you pa! ❤️,” Jolo posted.