COA scolds Sta. Rosa for not registering P66.46M of motor vehicles with LTO 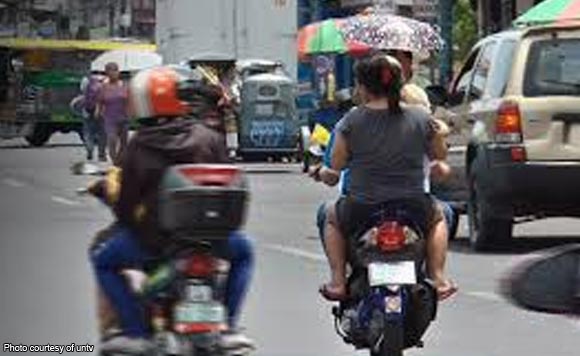 A review of the inventory list of motor vehicles of the city of Sta. Rosa, Laguna showed that 37 motor vehicles totaling P28.78 million had Land Transportation (LTO) registrations which have already lapsed, while 22 more valued at P37.68 million were not registered at all.

This, according to the Commission of Audit (COA), exposes the city to risks of payment and penalties for late registration and impounding contrary to law.

Under Section 5(a) and (b) of Republic Act No. 4136, also known as the Land Transportation and Traffic Code, all motor vehicles must be registered with the Bureau of Land Transportation – any registration of vehicles not renewed on dates fixed will become delinquent and invalid. 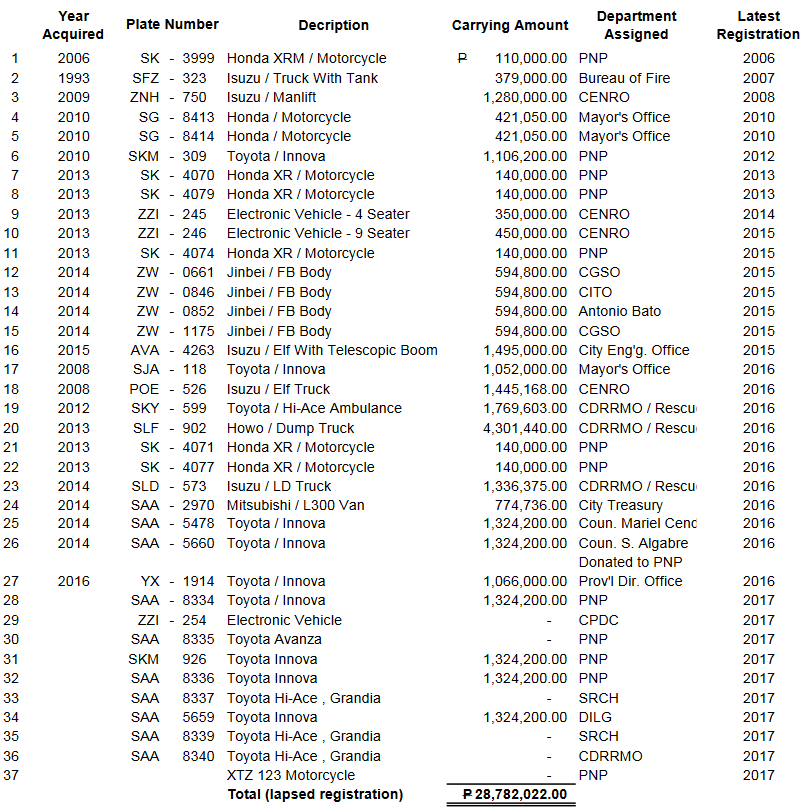 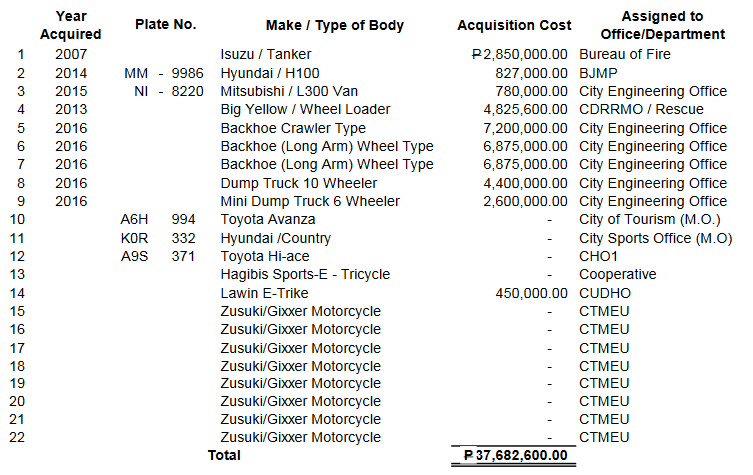 Source: 2018 Annual Audit Report on the City of Santa Rosa

In addition, four more motor vehicles found during the investigation were found without the respective Certificates of Registration. This inability to transfer the titles and register the motor vehicles under the city government, according to state auditors, “gives doubt over the ownership of the city on the motor vehicles.”

The commission ordered the city government to expedite the registration and renewal of motor vehicles with the LTO to avoid impounding, payment of fines and penalties, as well as the transfer of the titles of motor vehicles to maintain full ownership of the properties.

The city government of Sta. Rosa, also in the report, agreed to implement the commission’s recommendations.

Politiko would love to hear your views on this...
Tags: Commission of Audit, Laguna, Land Transportation, Sta. Rosa