Good to be back! Arlene Arcillas leads first flag ceremony as mayor 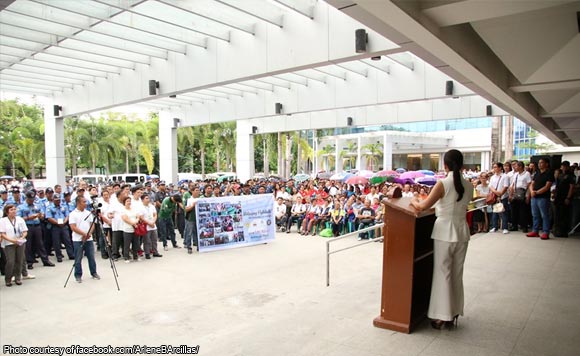 Santa Rosa, Laguna Mayor Arlene Arcillas was in high spirits when she led her first flag ceremony as the city’s top local executive on July 1.

Wearing a white sleeveless top and slacks, Arcillas was all smiles as she addressed government employees at the city hall.

In a Facebook post, the mayor said she was happy to receive a warm welcome from city government employees.

“First flag-raising ceremony as City Mayor. It’s so good to be back home,” she said.

Arcillas first served as acting mayor in 2006 following the death of her father, then-Mayor Leon Arcillas. She was the vice mayor at the time.

Prior to winning the 2019 mayoralty race, Arcillas served as congresswoman of Laguna’s first district for three years.