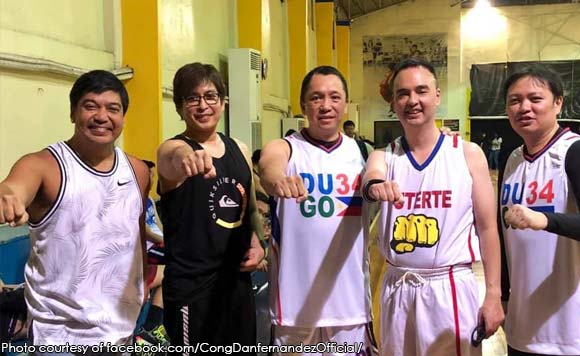 Before the lawmakers asked President Duterte to resolve the speakership row, they enjoyed a basketball game in Davao City.

Laguna Rep. Dan Fernandez shared a photo on Facebook showing him with Taguig-Pateros Rep. Alan Peter Cayetano and Marinduque Rep. Lord Allan Velasco, who both tussled for the post of speaker.

With them were Sen. Bong Go and Camarines Sur Rep. LRay Villafuerte.

On Monday, the President announced a term sharing deal between Cayetano and Velasco.

Did the two fail to resolve their talks on the hard court, prompting them to go to the palace court— President Duterte?

Or was the ballgame just a way to diffuse political tension?