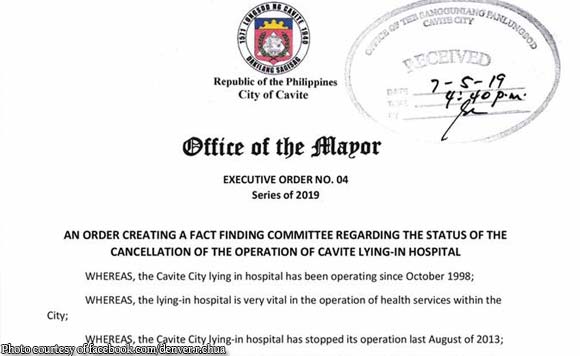 Poor people are hard put to get proper medical attention, and the closure of the City Lying-In Hospital adds to their woes.

This was why Acting Cavite City Mayor Denver Reyes Chua has ordered the creation of a committee that would investigate why the medical facility closed down and why the Department of Health revoked its license.

In a Facebook post, Chua stressed the importance of having a public hospital that would provide free medical services to the needy.

He said he wanted to remedy the reasons for the hospital’s closure, so that the poor and the needy would have somewhere to turn to if they get sick.

He vowed to take immediate action on this.

In the meantime, the poor better hope they don’t get sick!