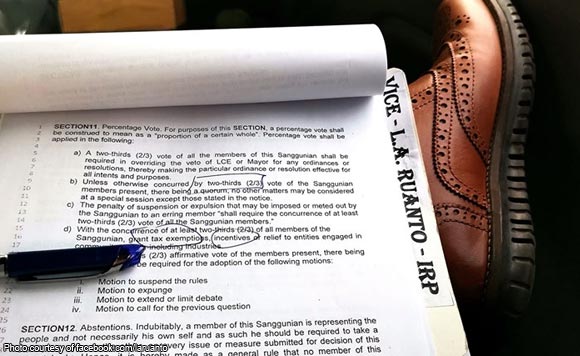 And one of the first things he’s doing is reviewing and refining the rules of the council while conducting an orientation for the new councilors.

In a Facebook post, he said the process has not been completed after two days, but this only shows that they are being thorough as they were ale to correct rules that had been overlooked in previous years.

The review also serves as a refresher session for returning councilors.

Since they would have to live by these rules, they better make sure these are good ones!