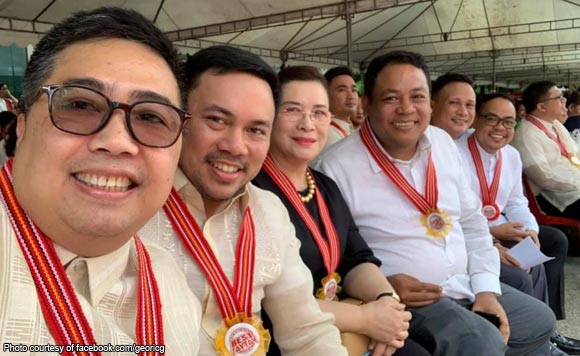 Taytay Mayor Joric Gacula has been reelected to a new term, but it will be more than business as usual in his town.

Gacula said more projects are coming in this term.

He is hoping and looking forward to the deluge of new projects on flood control, new school buildings, and new roads in Taytay, he said in a Facebook post.

All these would go toward improving the town.

And since Public Works Secretary Mark Villar, Rizal Gov. Nini Ynares, Rizal Rep. Jack Duavit, RVice Gov. Junrey San Juan, and Board Member Ross Glenn were among the guests at this oath-taking, it’s safe to say he could look forward to support for his plans!