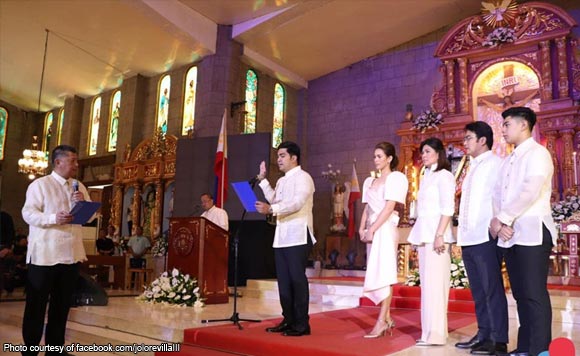 Speculation that Cavite Vice Governor Jolo Revilla will tie the knot soon has gone into overdrive because his girlfriend was present at his oath taking.

Model Angelica Alita joined other members of the Revilla family at the stage of a local church in Cavite as Jolo took his oath of office.

Alita appeared to be part of the family already as she stood beside Jolo’s mother, Bacoor Mayor Lani Mercado; his father, Senator-elect Bong Revilla, and his son Gab.

Rumors about the engagement of Jolo and Alita surfaced after they posted photos of her wearing a diamond ring on their individual Instagram accounts.

However, there’s no confirmation yet from the couple whether they’re about to tie the knot soon.