Roanna Conti dresses to the nines for pride march 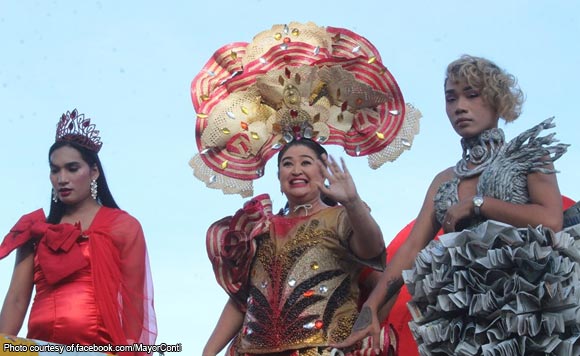 Conti donned a gown made of indigenous materials for the fifth Batangan Pride March held on June 14.

The mayor grabbed attention with her sparkly attire and headpiece, which was fashioned out of woven hats.

Over a thousand members of the lesbian, gay, bisexual and transgender community from all over the province took part in the Pride March.