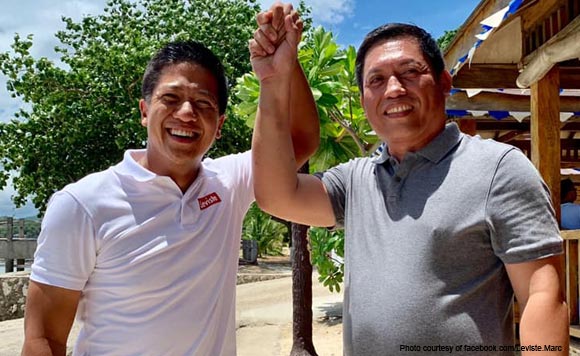 As the adage goes: There are no permanent friends or enemies in politics, only permanent interests.

Batangas Vice Governor-elect Mark Leviste proved the saying true as he shared that he will be working again with a rival’s supporter.

In a Facebook post, Leviste shared a photo of him raising the hand of businessman Kennedy Laroza.

The Vice Governor-elect said he and Laroza used to be allies, but politics changed their relationship.

“He (Laroza) supported my opponent during the recently held election,” Leviste said.

But with the elections over, the Vice Governor-elect appears to have put his differences with Laroza behind.

“Now, we’ll be working together at the Capitol once again. 👬 Politics is quite a game. There are no permanent enemies, only lasting friendships,” Leviste said.

Politiko would love to hear your views on this...
Tags: Batangas, Vice Governor-elect Mark Leviste