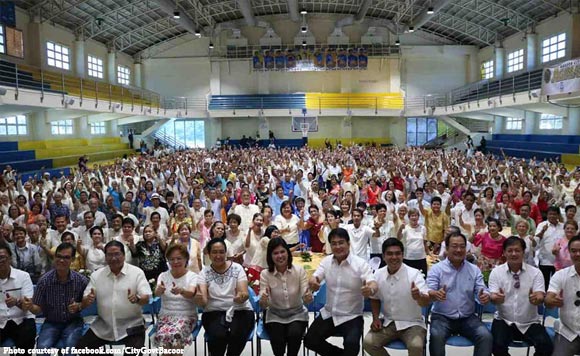 The Revillas were the epitome of a happy family as they paid tribute to the senior citizens of Bacoor, Cavite.

Photos shared by the city government of Bacoor showed Revilla and Mercado acting all lovey dovey for senior citizens, holding hands as they sang.

The Revillas also gave individual speeches where they praised senior citizens for being a vital part of Bacoor’s progress.

Posted by City Government of Bacoor on Wednesday, 19 June 2019