Let’s get it on! Strike Revilla attends launch of MPBL’s 3rd season 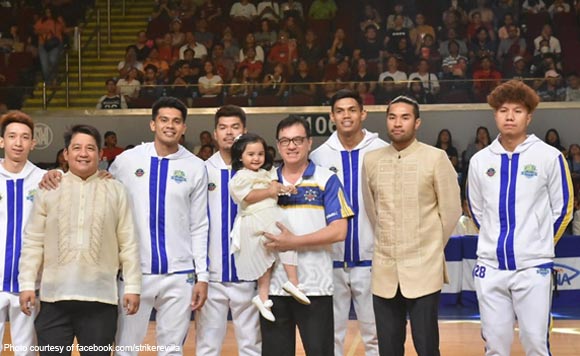 He was there to support the Bacoor City Strikers, which are competing in the league.

Revilla was joined by the league’s founder, Senator Manny Pacquiao, and MPBL’s stars

In a Facebook post, the lawmaker urged his constituents to support the Bacoor City Strikers by watching their games live.