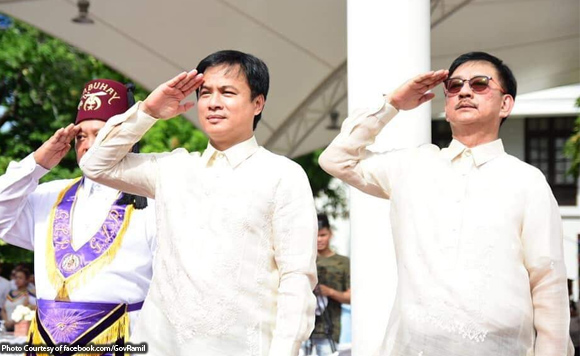 Hernandez led the provincial government’s celebratin of the event at the Provincial Capitol Time Plaza. Aside from taking part in the flag raising ceremony, he also laid a wreath at the monument of Jose Rizal.

In his speech, the governor urged all residents of Laguna to unite in working for the province’s progress.

Hernandez was joined in the Independence Day celebration by local officials, including representatives from the Department of Interior and Local Government, Armed Forces of the Philippines and Philippine National Police.