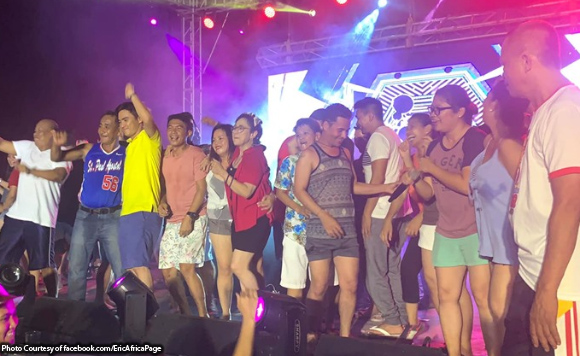 Team Bangon Lipa had the chance to unwind after a grueling campaign season earlier this month.

Members of the political party established by Senator Ralph Recto and his wife, Batangas Rep. Vilma Santos, celebrated their victory in the midterm polls at a beach in the province.

Even Santos gamely traded her usual formal office wear for a beach attire and cardigan.

The politikos’ staff also celebrated with them, dancing and eating like there’s no tomorrow.

Given the hard work they put in to win, members of Team Bangon Lipa deserve the celebration!