Proud son: Strike Revilla elated by award given to dad by PMPC 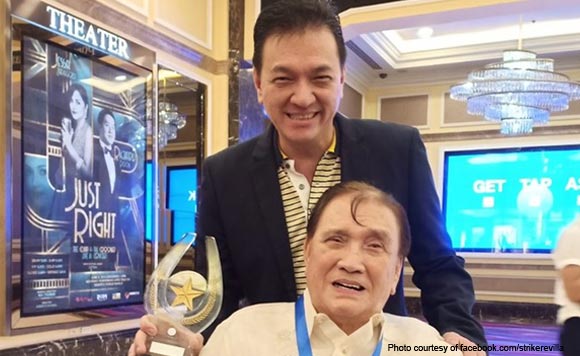 Cavite Rep. Strike Revilla is beaming with pride at the latest recognition given to his father, former senator Ramon Revilla Sr.

In a Facebook post, Strike shared photos of his father attending the ceremony for the 35th PMPC Star Awards for Movies. He was accompanied by his son, Senator-elect Bong Revilla.

Ramon was recognized as the “Natatanging Bituin ng Siglo.”

Despite being bound to a wheelchair, Ramon showed his affection to showbiz colleagues at the event, such as by holding the hand of actress Gloria Romero on stage.

Strike said he was proud of his father’s latest accomplishment.