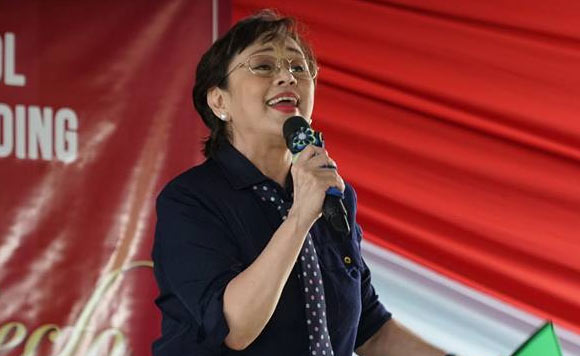 Batangas Rep. Vilma Santos misses acting even if she’s preoccupied with her role as a politiko for several years.

In a chat with a fan shared by Philippine Star entertainment editor Ricky Lo, Santos said she looks forward to being in front of the cameras soon.

“I miss acting. I’ll do a movie again maybe this year, or maybe next, basta when I get a good script,” she said.

Santos explained that she wants to read a good script first before accepting an acting project because she rarely makes movies anymore.

She said she also wants to work with “good co-stars.”

The lawmaker’s last movie was “Everything About Her” with Angel Locsin in 2016.